Nobel Prize in Economics to Milgrom and Wilson 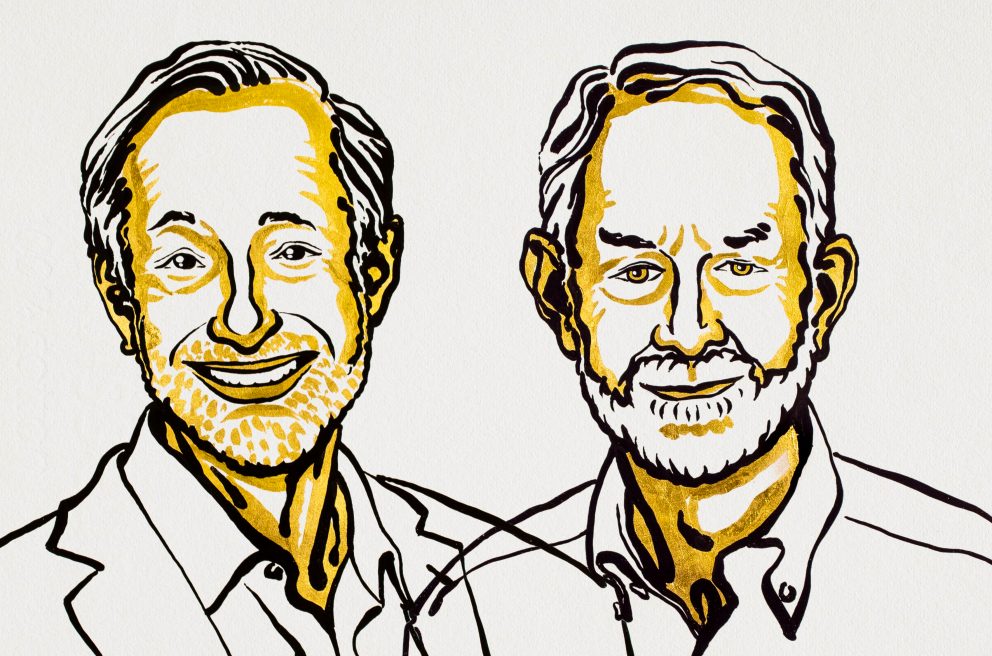 Paul Milgrom and Robert Wilson have been named as the winners of the Sveriges Riksbank Prize in Economic Sciences in Memory of Alfred Nobel 2020 (also known as the 2020 Nobel Prize in Economics).   While the prize is for Economics, they work in the area of auction theory, which is a blend of economics, computer science, and mathematics.  Indeed, Milgrom was an undergraduate mathematics major at the University of Michigan.

Milgrom has 23 papers in the Mathematical Reviews Database.  Wilson has 46.  The intersection is one paper:

Wilson was Milgrom’s PhD advisor.  Wilson has two other former students who have won the Nobel Prize in Economics:  Alvin Roth and Bengt Holmström.  Both are mathematical enough to have Author Profiles in MathSciNet.

The prize committee had trouble contacting Milgrom, but not Wilson.  Fortunately, Wilson lives next door to Milgrom, so walked over to give him the news, at 2:15am.  Milgrom happens to have a Nest doorbell with camera, which captured Wilson’s visit.  Stanford posted the video on their Twitter feed.

I am the Executive Editor of Mathematical Reviews. Previously, I was an editor for the AMS Book Program for 17 years. Before working for the AMS, I had an academic career working at Rice University, Oxford University, and Oklahoma State University. In 1990-91, I worked for Springer-Verlag in Heidelberg. My Ph.D. is from Harvard. I received a world-class liberal arts education as an undergraduate at Santa Clara University.
View all posts by Edward Dunne →
This entry was posted in Prizes and awards. Bookmark the permalink.